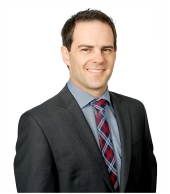 Significant changes swept the superannuation landscape on 1 July 2017, with further changes coming into effect from 1 July 2018 and 1 July 2019. While successive federal governments and government regulators, such as the Australian Tax Office, often pay lip-service to the goal of simplifying our overly complex superannuation system, in reality the constant changes, both legislative and administrative, have led to significant added complexity.

Superannuation Recap – Has the dust settled?

Just when many participants in the superannuation system, including advisers, trustees and members, are coming to grips with recent reforms, the Labor party has announced significant further planned changes should they be successful in the upcoming federal election.  These changes include ending refundable imputation credits, reducing exemptions from compulsory superannuation for employers, decreasing the annual $100,000 non-concessional contribution cap, restricting borrowings within Self-Managed Superannuation Funds, repealing the ability to “catch up” concessional contributions, lowering the threshold at which the additional 15% tax on contributions applies from $250,000 to $200,000 and reversing recent changes allowing all taxpayers to claim tax deductions for personal superannuation contributions.

Regardless of the merits attaching to any of these proposed changes, they will undoubtedly add significant further complexity to a system already groaning under excessive regulation and seemingly endless “reform”.

As superannuation affects nearly all our clients, from business owners to retirees running Self-Managed Superannuation Funds (SMSF’s), we recap below the key recent and upcoming changes.

Contributions – how much can I contribute now?

A welcome change from 1 July 2017 – all individuals under age 75 may now claim a tax deduction for personal superannuation contributions. Previously this type of deduction was reserved for the self-employed.

From 1 July 2019, individuals with less than $500,000 in superannuation benefits will be able to make “catch up” concessional contributions in certain circumstances where they haven’t fully utilised their cap in the previous 5 years (note an individual can only start carrying forward unused cap amounts from 1 July 2018).

What is the $1.6m Transfer Balance Cap?

From 1 July 2017, members may only have a total of $1.6m within superannuation held in “retirement phase”.  This is the amount that can be converted to a pension and on which the earnings will be tax-free.  For some existing pensioners with balances in excess of $1.6m at 30 June 2017, this involved a wind back (or commutation) of their existing pension balance to adhere to these requirements. The practical impact for these members is that they now have a superannuation balance partly in accumulation phase (earnings within the superfund taxed at up to 15%), and partly in pension phase (earning tax-free).

The introduction of the Transfer Balance Cap has also seen an additional reporting requirement known as the Transfer Balance Account Report (TBAR). TBAR involves reporting to the Australian Taxation Office (ATO) key movements in pension balances on a quarterly basis. Preparing and lodging these reports is the responsibility of the superannuation fund trustee rather than the member.  This includes SMSF trustees.

Examples of reportable events under TBAR include advising details of existing pensions on 30 June 2017, commencement of any new pensions, commutations of existing pensions, and reversion of a pension to a beneficiary following the death of a member. It is important that you are in close contact with your advisors regarding potential reportable events and we recommend contacting our office if you are unsure of your obligations.

To avoid particularly heavy penalties, all employers should ensure their SG obligations are in order and that payments are made on time. Please contact our office should you have any questions regarding your obligations.

From 1 July 2018, it was proposed that amounts sacrificed by an employee under a salary sacrifice arrangement would not reduce the employee’s earnings base for SG purposes.  Unfortunately, the proposed legislation for this measure is currently before the Senate, where it has been since November 2017.  It is unlikely these measures will be passed before the next federal election.

Am I effected by Division 293 Tax?

Division 293 tax is an additional tax of up to 15% on the contributions of certain high-income earners. This includes both employer and personal concessional (tax deductible) contributions. Division 293 tax may be paid by the individual or a request may be given to the superannuation fund to release the required funds.

Effective 1 July 2017 the income threshold for Division 293 tax purposes was reduced from $300,000 to $250,000. Broadly this threshold takes into account your taxable income plus reportable fringe benefits, net financial investment losses and your concessional contributions to superannuation (personal and employer).

As noted above, Labor have announced they would seek to reduce this threshold further to $200,000.

Ben is a Manager in the Business Services division at Baumgartners. With 8 years’ experience, he advises clients across a broad range of industries. Ben holds a Batchelor of Business from Swinburne University and is a member of CPA Australia and the Taxation Institute of Australia.